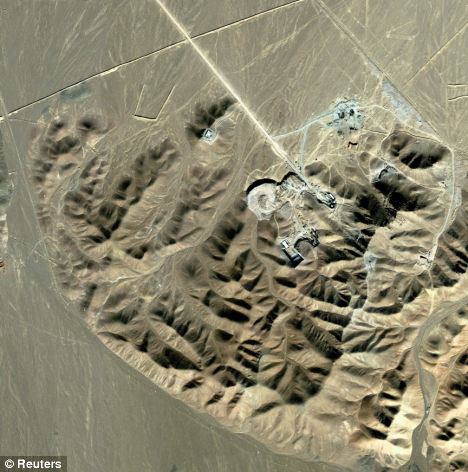 Syrian troops swept into the city of Hama to break a three-day strike by opponents of President Bashar al-Assad, killing at least 10 people but running into resistance from armed insurgents who destroyed two armoured vehicles, activists said. Outside Hama, army deserters attacked a convoy of military jeeps, killing eight soldiers, they said, adding to a death toll of at least 30 people across the country today. The assault in Hama was the first armoured incursion there since a tank offensive in August crushed huge protests in the city. Activists said troops fired machineguns and ransacked and burnt shops which had closed to observe a mass, open-ended “Strike for Dignity” called by the opposition.

The United Nations says more than 5,000 people have died in Assad’s crackdown on protests that erupted in the southern city of Deraa in March, inspired by Arab uprisings elsewhere. “This cannot go on,” United Nations Secretary-General Ban Ki-moon told reporters in New York. “In the name of humanity, it is time for the international community to act.” (Source)

“We are again calling on our partners on the Security Council to be willing to take action and speak out for the innocents in Syria who are suffering at the hands of the regime, including Russia,” spokeswoman Victoria Nuland said at her afternoon briefing. “And frankly, we think it is past time for the U.N. Security Council to speak up.” (Source)

VIENNA, Dec 14 (Reuters) – Iran could soon begin sensitive atomic
activities in an underground facility deep inside a mountain, diplomatic
sources said on Wednesday, a move that would up the ante in a stand-off
with big powers demanding Tehran curb such work.

Iranian experts have carried out the necessary preparations at Fordow
near the Shi’ite Muslim holy city of Qom, paving the way for the Islamic
Republic to start higher-grade uranium enrichment at the site on a
former military base.

The machines, equipment and nuclear material needed have been
transferred and installed at Fordow, the sources added, suggesting the
work itself — until now conducted above ground at another location —
could start when Iran takes the decision.

“They are ready to start feeding,” a diplomatic source said, referring
to the process in which low-enriched uranium gas is refined by
centrifuges to increase the fissile isotope ratio.

Tension is escalating between Western powers and Iran after a U.N.
nuclear watchdog report last month that said Tehran appeared to have
worked on designing a nuclear weapon, and that secret research to that
end may be continuing.

The United States and its European allies have seized on the
unprecedented document by the U.N. International Atomic Energy Agency
(IAEA) to crank up the sanctions pressure on Iran, one of the world’s
largest oil producers.

Enriched uranium can be used to fuel power plants and other types of
reactors, which is Iran’s stated aim, or provide material for atomic
bombs if processed much further, which the West suspects is the
country’s ultimate intention.

Nuclear proliferation expert Shannon Kile noted that Iran earlier this
year announced it would shift its most sensitive enrichment activity to
Fordow but said that the actual start would still be significant.

“Obviously, for people who are concerned about Iran’s ability to ‘break
out’ and to enrich to weapons-grade this is a pretty good step along
that route,” said Kile, of the Stockholm International Peace Research
Institute (SIPRI) think-tank.

Iran’s decision last year to raise the level of some enrichment from the
3.5 percent purity needed for civilian power plant fuel to 20 percent
worried Western states that feel this will bring Tehran much closer to
the 90 percent suitable for an atomic bomb. Iran says the 20 percent
material will solely replenish its fuel stock for a medical research
reactor.

Iran’s main enrichment plant is located near the central town of Natanz.
But the Iranian leadership said in June that it would shift its
higher-grade activity from Natanz to Fordow, a site that would offer
better protection from any military attack and could sharply boost
output capacity.

A commander of the elite Revolutionary Guards was quoted by the
semi-official Mehr News Agency on Wednesday as saying that Iran will
move its uranium enrichment plants to safer sites if necessary, without
elaborating. [nL6E7NE06Y ]

The United States and Israel, Iran’s arch-adversaries, have not ruled
out military action if diplomacy fails to resolve the long-running
nuclear dispute, which has the potential to spark a wider conflict in
the Middle East.

A large cylinder of uranium hexafluoride gas — material that is fed
into centrifuges — had also been transferred there.

Iran only disclosed the existence of Fordow to the IAEA in September
2009 after learning that Western intelligence agencies had detected it.

Tehran says it will use 20 percent-enriched uranium to convert into fuel
for a research reactor making isotopes to treat cancer patients, but
Western officials say they doubt that the country has the technical
capability to do that.

Moreover, they say, Fordow’s capacity — a maximum 3,000 centrifuges —
is too small to churn out industrial quantities of low-enriched uranium
required to keep civilian nuclear power plants running, but ideal for
yielding the lesser amounts of high-enriched product typical of a
nuclear weapons programme.

But it is still amassing low-enriched uranium and now has enough for 2-4
bombs, if refined much more, the experts say.

Iran has also stepped up efforts to develop more advanced centrifuge
models that would enable it to enrich uranium faster than with the
breakdown-prone IR-1 machines it is now using, the diplomatic sources
said.

At a research facility in Natanz, it has started feeding a network of
some 160 so-called IR-2m centrifuges with uranium hexafluoride gas to
test their performance.

If Iran eventually succeeds in introducing the more modern machines for
production, it could significantly shorten the time needed to stockpile
enriched uranium.

But it is unclear whether Tehran, subject to increasingly strict
international sanctions restricting its ability to obtain nuclear
technology abroad, has the means and components to make the more
sophisticated machines in bigger numbers.

“We should not overestimate the progress,” one diplomatic source said,
adding that Iran had tried to develop more modern centrifuges for
several years.

But the text doesn’t mention sanctions. The draft also says the council “decides that nothing in this resolution shall be interpreted as an authorization of any sort of military interference in Syria by anyone.”